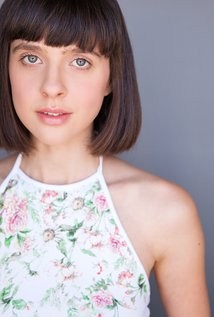 Juliet Tondowski, class of 2005, is an up and coming actress whose talents also include dancing, choreography and directing.

Juliet attended Waldorf schools from kindergarten all the way through 12th grade and is a 3rd generation Waldorfian. “I had grandparents on both sides who helped to start Waldorf schools and both my parents went through Waldorf.“

After graduating from Highland Hall in 2005, Juliet attended Bennington College in Vermont where she majored in dance and theater and minored in French and Music.  In college she created dance pieces every year and began working on multi-media performances, incorporating video, sound and lighting to complement the dance movement.   “I was fascinated by the simplicity of how the human body moves naturally… Improv became my biggest interest and that has continued to influence my work as an actor.”

Following college Juliet worked in New York City and modeled for fashion shows and advertising catalogs before deciding to turn her attention to acting.  In 2011, she moved back to LA and soon started to land small roles.  Just this past year, she has been working regularly enough to rely entirely on her acting work.  Her resume includes roles on New Girl, Happyland, Crazy Ex-Girlfriend, You're the Worst, and Nickelodeon's Bella and the Bulldogs. She has also landed roles in commercials for Best Buy, Stove Top Stuffing, Similac, and Tostitos.

As for her Waldorf education, Juliet says, “It's always been a huge part of my life.  It’s given me the urge to search for beauty and truth wherever I go in the world and to create art that really matters.”