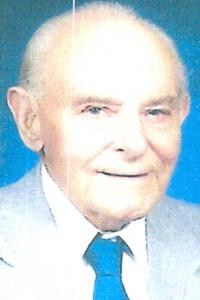 Highland Hall regrets to announce that former teacher Gotthard Eberle, 98, passed away on January 28, 2016. Mr. Eberle taught history, geography and biodynamic gardening at Highland Hall in the 60s and early 70's. He also coached soccer, track and gymnastics. He retired from the Kimberton Waldorf School in 1982. He is survived by his wife Sigrid Eberle, two daughters Jutta and Iris, sons-in-law John Fineour and Ray Glosson, respectively, four grandchildren and, three great-grandchildren.

A Tribute to Mr. Eberle

"I knew Mr. Eberle and loved him very much. I spent an inordinate amount of time with him on the Highland Hall grounds helping him build compost piles, carve out and level the football field, terrace the vegetable garden, build rock walls, and construct pathways. He was already 58 years old when I was a senior in High School, yet he had a physique that many young men might aspire to have: washboard stomach, bulging biceps, less that 15% body fat (guessing), yet he moved with the grace of a gazelle.

"In gym class, he used to demonstrate the art of climbing a rope; using only his arms, he'd hoist his body to the rope's top, body at a perfect right angle - his legs straight out in front of him - toes pointed; he held this position all the way up the rope as well as all the way down - with a huge grin on his face; 58 years old - none of the other young men in our high school at the time could come close to emulating his physical prowess. I loved the man, and I often intentionally had myself removed from class so I could go out and work with him. I will continue to work with him in my prayer life. God bless Mr. Eberle."