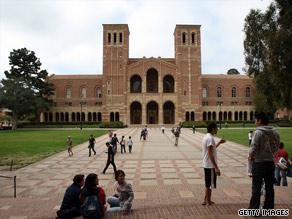 Sean Mihaljevich ('12) has accepted an offer to attend Stanford Law School in the fall. For the past two years, Sean has been working as an economics research analyst at the Federal Reserve Bank of New York. In 2016, he graduated with Phi Beta Kappa honors from Wesleyan University with a degree in economics. Sean is primarily interested in environmental issues and income inequality, and he is pursuing law to have a greater opportunity to effect change in these areas. Sean was also accepted to Harvard Law School, the NYU School of Law, the UC Berkeley School of Law, the Duke University School of Law, and the UCLA School of Law. His parents are very excited to have him back in California.
Kelly Grant ('10), received her masters degree, Distinction 1st, from Kings College, London.  Her masters degree is in Conflict, Security & Development. This past fall, Kelly was in Ecuador and Peru for 9 weeks and will be moving to Columbia. She is enjoying living in South America.
Simone Forsberg ('13) received her Bachelors of Arts from Sarah Lawrence and is completing her Masters in Child Development at Sarah Lawrence. This year she is working on her research and master's thesis.
Conner Grant ('13) graduated with a bachelors degree, magna cum laude, from Chapman University, in Strategic & Corporate Communication. He is now living in Newport Beach, working as a Business Development Associate for Core 3 Technologies in Irvine, CA.
Marcos Ferreccio ('13)  graduated from Hamilton College, NY, with a degree in Physics and a minor in Hispanic Studies.
Najah Diop ('13) is currently at Columbia University working on her MFA. She graduated from Sarah Lawrence College last May with BA in Film and Culture.
Allie Scott ('13) graduated cum laude from USC in May 2017. She majored in Theater Arts with a minor in Screen Writing and is now living in Santa Monica pursuing her acting career. Since graduating she has been signed by The Brogan Agency, has been in one commercial, has written, acted in, and produced her own short film with the help of talented Highland Hall classmate Nicole Shears. To learn more about what Allie has been doing visit https://www.alliescottacting.com
Mark Silverman ('13) , graduated in June 2017 from USC with a degree in Business Finance. He is now working at Honeywell Aerospace in Supply Chain Management.
Terra Friedman ('13), will be graduating the June from Reed College, in Portland, Oregon, with a degree in socio-linguistics. Terra spent a year at the Fujien University in China studying Chinese and Chinese immersion. At the end of last year, she was awarded a Commendation for Academic Excellence from the President of Reed College. This distinction has opened the door to both domestic and international fellowships. After graduation, she is looking to spend a year abroad for language and cultural study, and then attend grad school.
Jasmin Rodriguez-Schroeder ('13) graduated in May from Swarthmore college with a bachelors degree in Art History and German.
Nicole Shears ('13) graduated in May 2017 from CalArts with a BFA in Film/Video and Production Design.
Adam Adorney ('14) , is a senior at Haverford College in Pennsylvania. He is majoring in Comparative Literature (in German & English) and is writing his senior thesis on the German poet Heinrich Heine. Adam has also enjoyed singing with the Haverford Chamber Singers, and the S-Chords (a capella group). He is also a board member of the student-run Spotlight Theater Company. Adam enjoyed a six-month study abroad program in Berlin last year.
Pearl Sato ('14) , will be graduating from Oberlin College in June. She is a double major in Creative Writing and Anthropology. She will move to Japan after graduation and try to find a job in Tokyo.