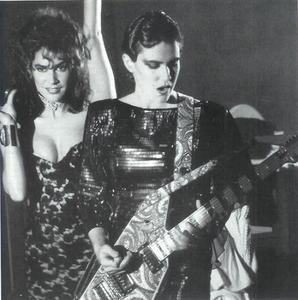 Few people know that a core group of female musicians in Prince's band The Revolution were once Highland Hall students.  Susannah Melvoin, her twin sister Wendy Melvoin, and Lisa Coleman attended Highland Hall in the 70s and went on to collaborate with Prince in the early to mid-80s.

In fact, Prince would eventually write the song, "Starfish and Coffee," about a girl named Cynthia Rose who was a student at Highland Hall.  "My sister Wendy and I knew Cynthia intimately because we shared six years in a classroom with her," Susannah recalls. "Cynthia was a sweet autistic girl who loved to talk about her favorite number" and about what she had for breakfast.

"I thought it was tender and funny...and I listened to her tell me anything she wanted to say--whether it was firmly planted on earth, or from her planet of tender-hearted people who love numbers and draw smiley faces." It was sometime around 1987 that Prince wrote the song, "Starfish and Coffee":

It was 7:45 we were all in line to greet the teacher Miss Kathleen
First was Kevin, then came Lucy, third in line was me
All of us were ordinary compared to Cynthia Rose
She always stood at the back of the line, a smile beneath her nose
Her favorite number was 20 and every single day
If you asked her what she had for breakfast this is what she'd say,
Starfish and coffee, maple syrup and jam
Butterscotch clouds, a tangerine, and a side order of ham

This past February, Susannah contacted Jacqui Dres at Highland Hall to see if she might know the whereabouts of Cynthia.  After a bit of sleuthing, a telephone number was found and Susanna was able to set up a reunion with Cynthia who now resides at a special home in Ventura.  "I went to see her and her family for lunch and we had the best time...She is an extraordinary soul."