Our Commitment to Diversity, Equity, and Inclusion

It is with heavy hearts, still in shock and outrage over the death of George Floyd, that we are all trying to address the crisis facing our nation.  It is hard to believe that we are in the 21st century and systemic violence and racism persist against the Black community.  We, adults, struggle with anguish, anxiety, and fear for our country, right now.  Our children sense this tension, and they too may be flooded with these feelings.  While we have a context for all that is happening in our communities, they do not.  They will need us to be able to talk to them in honest and age-appropriate ways about race and racism, to share our understanding and our hopes and commitments.  At Highland Hall, our hearts go out to members of our community, and to all who have suffered indignities. We should be asking ourselves what we can do to help heal our society, promote social justice, and teach our children to be courageous and caring in these conversations.

Of course, as members of a Waldorf community, we work with a deep developmentally based education and want to share a picture of current events in an age-appropriate manner.  Burdening them with ugly, societal ills would be a lot to handle at certain points in their young lives; however, we can bring pictures and conversations that are truthful and meaningful.  We have a responsibility to do that.  We have included some resources below to help begin those conversations.

Anti-Racism For Kids 101: Starting To Talk About Race
Here's How W. Kamau Bell Talks About Race With His Kids
100 Race-Conscious things you can say to your child to advance racial justice

You should know that, at the national conference last June, AWSNA adopted a statement affirming Diversity, Equity, and Inclusion in Waldorf schools.  Click here to view.  As a movement, we recognize that race, bias, and privilege are on-going issues that need our conscious attention and focused, determined will to change.  To that end, the school started a Diversity Committee a few years ago, and that group has begun working in the area of race, gender, and sexual orientation, including meeting with the High School Student Council and the faculty.

Personally, I have been grateful to the work of the Chair, Kenya Strong, who spearheaded activities over the last couple of years and who also brought up important topics, such as micro-aggressions.  She has shared the excellent resources above, and you can find additional worthwhile material she recommends by going to:

As educators, and specifically those in a Waldorf community, who hold the dignity of the human being in highest regard, it is important that we address institutional prejudice wherever it arises, including in our own community.  We can begin by asking ourselves important questions such as:  how do I participate, consciously or unconsciously, in systemic racism?  What can I do to consciously change that?  What does it mean to be an ally?  Even these three basic questions can begin to change a society.  The more we can dialogue and truly listen to the stories of those who have suffered, the more we can rouse ourselves to make changes in the world.  When we do that, we live more intently in the mission of Waldorf education—to remove hindrances so that each student has the opportunity to fulfill their own unique destiny. 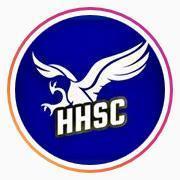 Message from the Association of Waldorf Schools of North America. 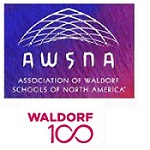 We send this email today acknowledging societal injustice and the resulting anger that has escalated throughout the United States this past week. We offer our thoughts to the communities of City of Lakes Waldorf School and Minnesota Waldorf School, so near the epicenter of the protests spurred by the murder of George Floyd. We grieve for the family of George Floyd and are outraged by the unjust acts perpetrated by police officers whose very task it is to protect their communities. We are once again reminded of the systemic racism that exists within the United States.

Yet we recognize that sadness and outrage are not enough. At the foundation of Waldorf education lies the mission of social renewal. As Waldorf educators, we hold the dignity of life and the human being at the center of our work. It is our responsibility to bear witness to what is happening in the world, to elevate the voices of marginalized people, to change the course of inequities, and to break down structural prejudice in all forms where it exists, particularly in Waldorf education.

We wanted to remind you of the AWSNA Member Commitment to Diversity, Equity, and Inclusion, adopted by the delegates in June 2019, attached below. In approving this commitment statement, the Association and member schools and institutes agreed to strengthen diversity, equity, and inclusion. As such, advancing DEI is one of the guiding forces behind AWSNA’s strategic priorities. The AWSNA executive team is spending more time than ever asking the following questions:

We know many of you have taken up the work of DEI in meaningful ways within your communities. We invite you to join us in exploring these questions and in elevating your school's commitment to social justice initiatives.

In addition to the resources and discussions located in the DEI Community in the AWSNA Community Hub, we hope you find the following to be helpful:

How to talk to children about racism and violence: resources for teachers, parents and guardians

Anti-racism Resources for White People: a compilation of resources for white people and parents to deepen our work in anti-racism

Array Now: Started by Ava DuVernay, director of Now They See Us, this is a compilation of African American independent films - an array of stories and voices.

75 Things White People Can Do for Racial Justice: Curated by Medium and updated regularly.

Blessings on your work,